JOSH HAMILTON SHOULD KICK YOUR A** FOR BRINGING THIS STUFF AROUND.

Ron Washington and his cocaine are dead to me.

The Pittsburgh Pirates have announced that they will be wearing their 1970’s-style yellow and black throwback uniforms during each weekend home series in 2010.

The Pirates have also announced that Lady Gaga has been invited to sing the national anthem, throw out the first pitch and wear this get-up during each of these games.

Gaga’s people have not yet confirmed that she will attend.

In a related story, rumours have surfaced that the song “Bad Romance” was inspired by a fling Lady Gaga had with former Pirate Al Oliver.

Aroldis Chapman is making a stong case to stick with the Cincinnati Reds this spring.

Chapman struck out 5 Brewers in three innings on Wednesday an now has 10 Ks in 7 spring innings.

The 22-yearold phenom’s fastball has been clocked as high as 102 MPH!!

This guy could actually be better than the next Jose Contreras or Rene Arocha.

With all the hype surrounding his prospect status and his spring training play, it would be easy for Atlanta Brave phenom OF Jason Heyward to get overly confident and carried away.

By all accounts, Heyward has remained humble and unassuming and has not taken his opportunity to make the big league club for granted.

But with March Madness and NCAA bracket pools around the corner, Heyward may be showing his cockier more confident side!

“I am the King of March Madness”, Heyward was rumoured to be shouting up and down the clubhouse. “Chipper may know the strike zone but I know my brackets.”

Heyward has apparently won every March Madness pool he has ever entered, including 1992 when, at the age of three, he called the 6th seed Michigan as a finalist.

He called both 8th seeds Wisconsin and North Carolina for the Final Four in 2000 and in 2008 he broke with his underdog strategy to pick an all number one seed Final Four. 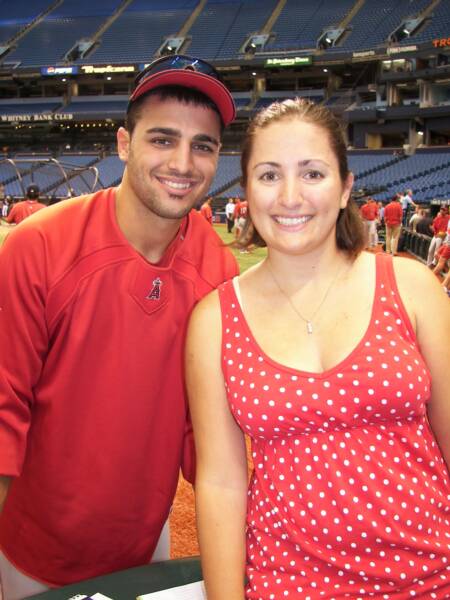 Sean Rodriguez is on fire.

Sean Rodriguez has 5 homeruns and 11 RBIs in just 26 spring at-bats !

Sean Rodriguez may force his way onto the Rays Opening Day roster.

Derek Jeter and his rumored wife-to-be, Minka Kelly, have not reported any further details regarding their rumored wedding or rumored engagement. More details to follow…..

John Smoltz recently joined TBS as a regular season and playoff baseball analyst.
According to reports, Smoltz has always seen himself as a TV personality and has long had aspirations to get in front of the camera.
“His in-game commentary used to drive Maddux and Glavine crazy”, revealed a former clubhouse attendant.”They had him kicked-out of the dugout and moved to the bullpen – why do you think he didn’t return to starting until after they were both gone.”
Apparently Smoltz would also torment Bobby Cox and Leo Mazzone by ‘cutting to commercial’ whenever they came out to the mound.
Smoltz is excited about the opportunity and hopes to bring a “Ryan Seacrest flavor” to the broadcasts.